The second multi-touch table, that I have built is called The Virttable, which stands for Versatile Illumination Research Touch Table. 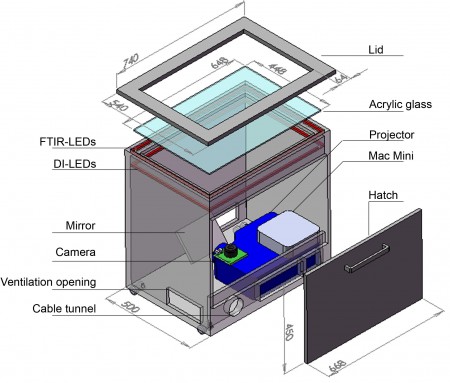 This table is the property of the department for Design, Computer Science and Media (DCSM) of the Wiesbaden University of Applied Sciences, which provided me with the money for the components of the Virttable. (Actually, we had student fees for a short time in Hessen/Germany. From a part of these student fees the Virttable has been built. Thank you, dear students!!! There’s no cent of public money in the Virttable.) Amongst others those parts include:

The computer that I have used in the Virttable is my Mac Mini.


The main goals for the Virttable have been…

The first point has been achieved: The whole setup did cost around 2000 Euro.

The second point has been achieved as well:

The third point has been enabled by the small form factor of the Virttable: the Virttable is 70 cm high, 74 cm wide and 54 cm deep. The wheels underneath the Virttable’s body make it rollable. The handles to the sides make it easy to carry and to attach tension belts in the trunk of a car.

The fifth point has been more complicated: A DI setup would have been easiest to support as well multi-touch as object interaction. However, DI is not as efficient as FTIR and thus we decided to make a hybrid approach by applying a mixture of DI and FTIR:

On the left there is no illumination. On the second photo the Virttable is FTIR illuminated. The third photo shows only DI illumination. The right photo shows the hybrid mixture of FTIR and DI: Touches are bright and precise and the fiducials of the objects are evenly lit.

We have also tried the DSI technology like it has been described by Tim Roth by using a Plexiglas EndLighten acrylic glass pane but the results have not been satisfying for us. Anyway, now our EndLighten has been burned on the surface by the application of a Lexel/Toluene dilution. However, we sawed some fiducial props out of it ;)

In the Virttable DI is provided by six high power infrared LEDs glued to star-shaped heat-sinks directly underneath the tabletop (see images above). The high-power LEDs are emitting their light to the side of the Virttable’s body, which diffuses their light to prevent hotspots. With this DI technique fiducials like those from the reactable can be used in this setup.

FTIR is provided by Osram SFH 4550 LEDs in pre-soldered bars, which emit their light into the polished edges of the acrylic glass.

You can see some pictures of the LED setup here: 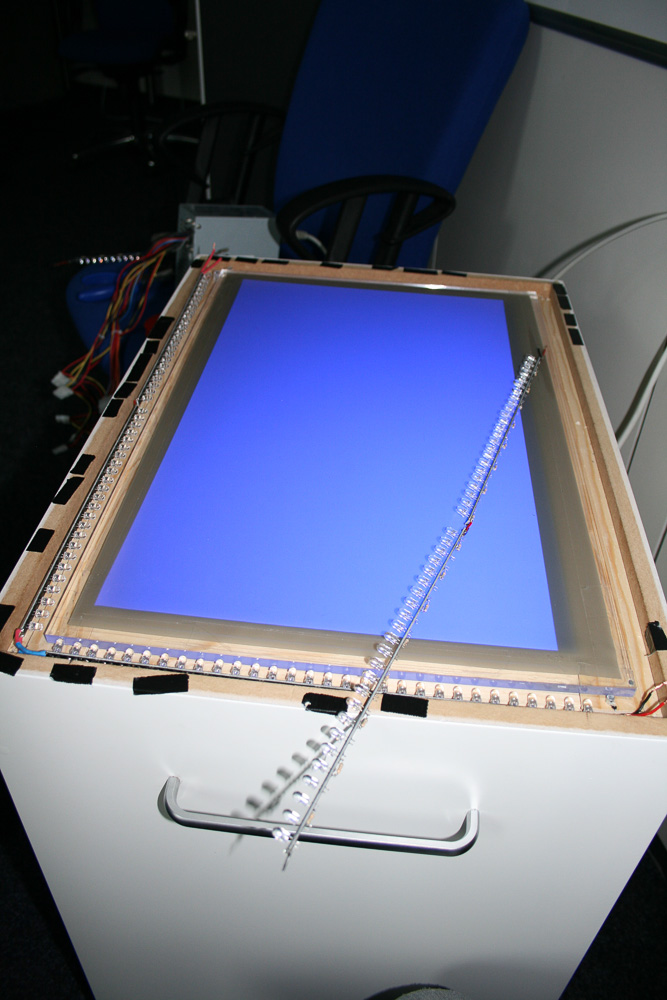 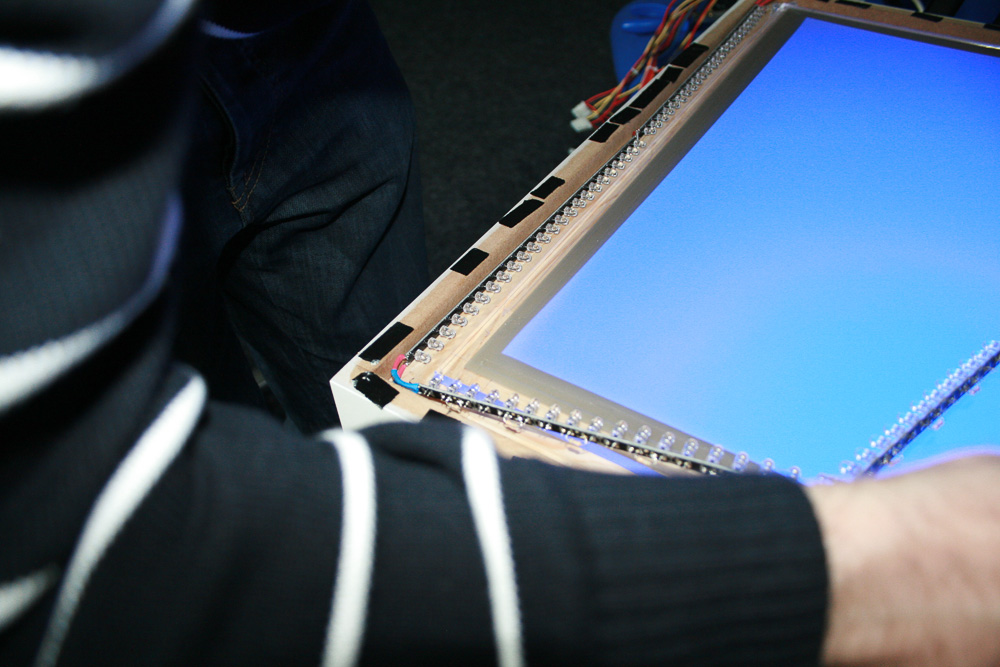 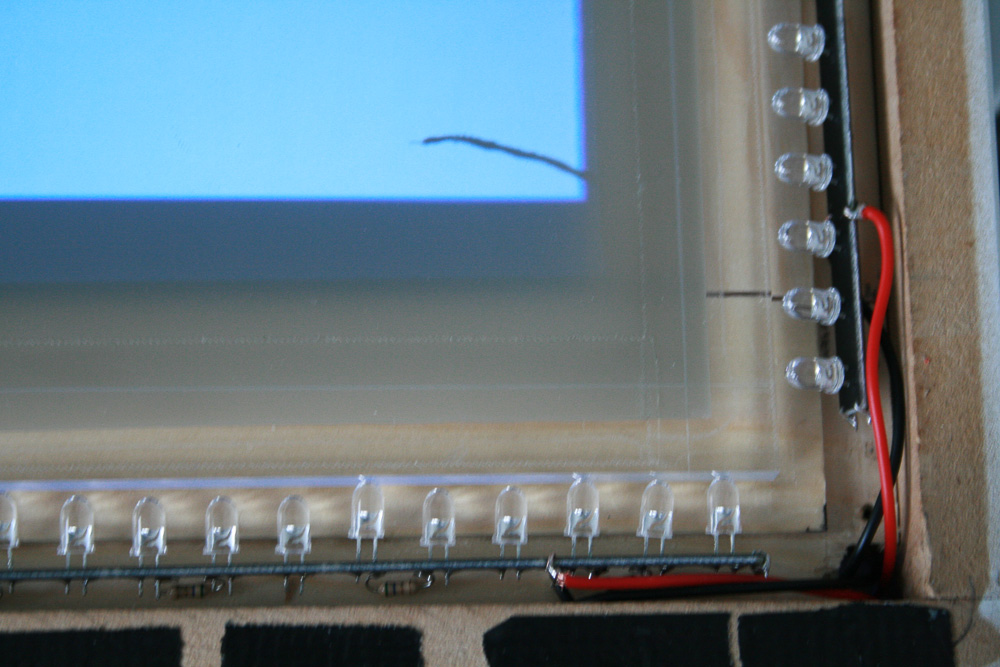 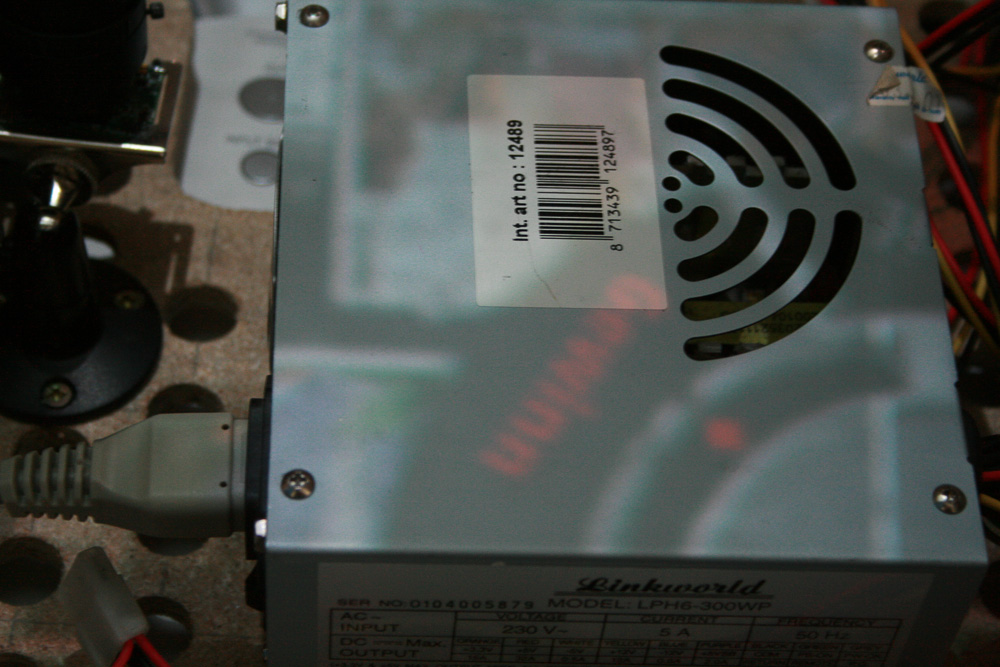 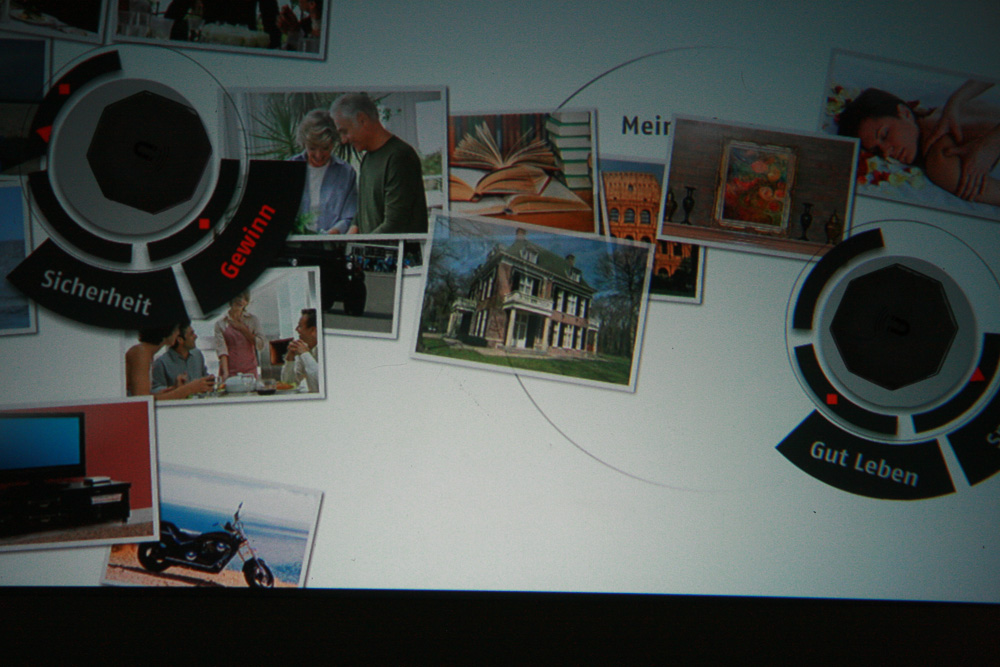 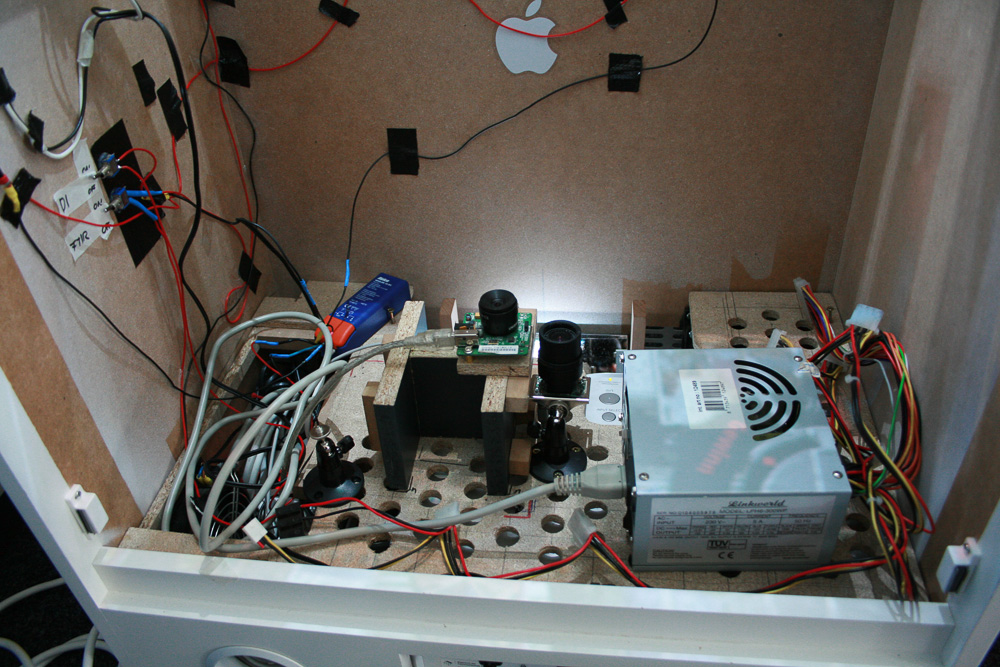 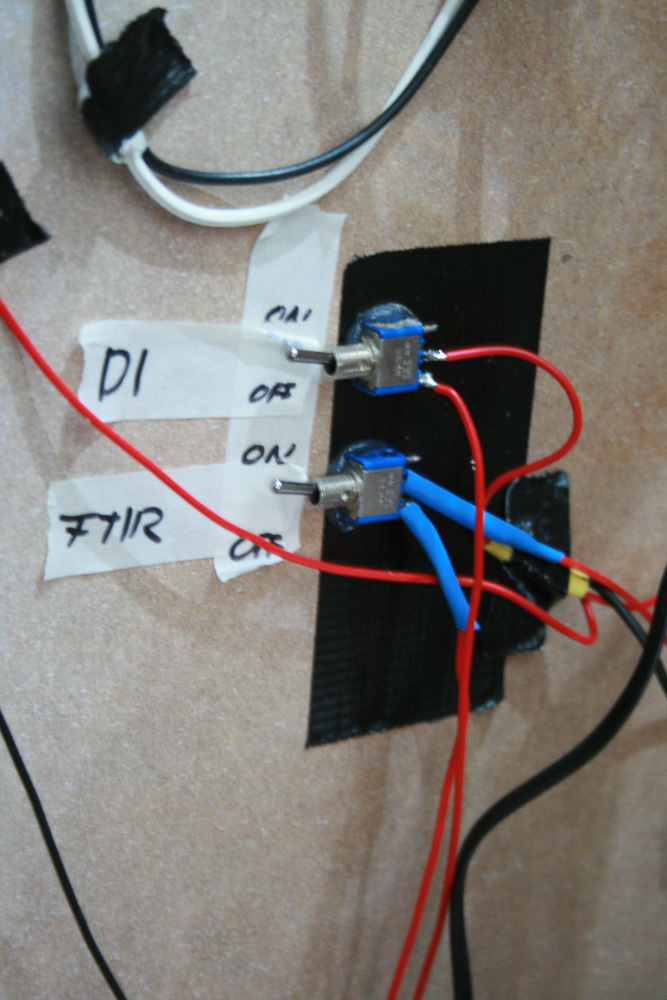 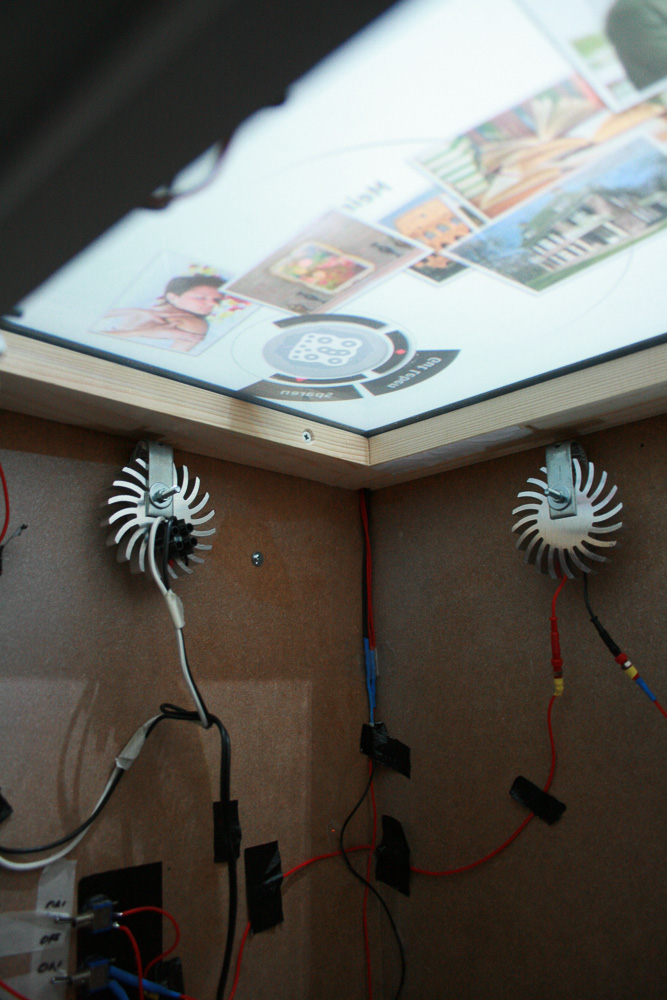 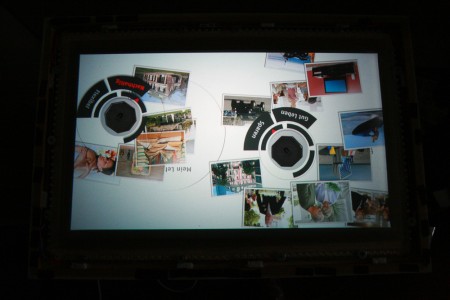 Some pictures of the whole setup: 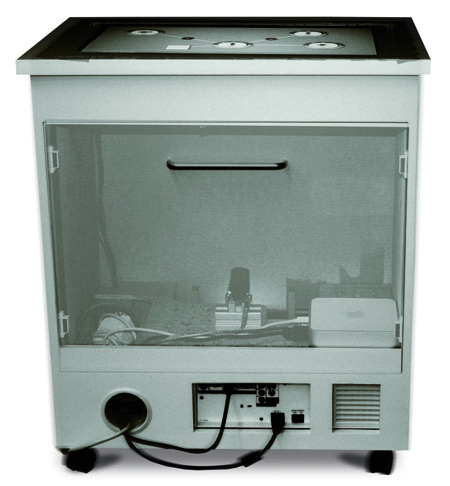 On the Mac Mini the Actracktive is runnning. We are using my Pointgrey Firefly MX Firewire camera in the Virttable.

See our forum post at the nuigroup to retrieve more information about the Virttable.

Click here to see more pictures of the building process of the Virttable.