Today I attended the Euromold 2012 in Frankfurt/Main. I was mainly interested in affordable 3D printing. As there are many printer kits that you can order online and assemble at home (which is fun but sometimes also tedious work) I was wondering what readily assembled printers you can buy at which prices. So, here are a few of my (first) impressions. I am still quite new to this area, so maybe I may have overseen a few detail. If there are any questions, please do not hesitate to post them in the comments.

At the fair, I have seen five 3D printers in the price range from 1.000€ to 2.000€. They all print single colored models (although with some printers you can change the color of the printing material while printing, which is … well … I do not think that makes sense if you do not want to print a rainbow colored model by any chance (which could be a good idea anyway)). The printed models look all alike regarding the print quality. In the following I want to present what I have learned additionally about those printers.

3D Systems Cube
3D Systems presented their 3D Cube printer in front of the actual fair hall in some kind of store where you could not only buy the actual printer but also printed stuff (which I found a cute idea). The cube looks a bit like an espresso maker (and therefore is fairly sympathetic to me): 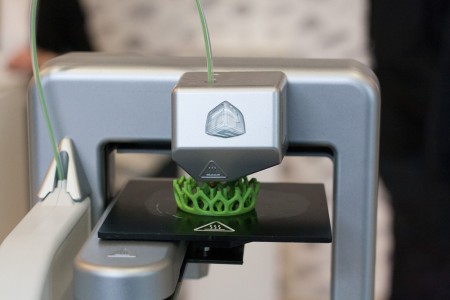 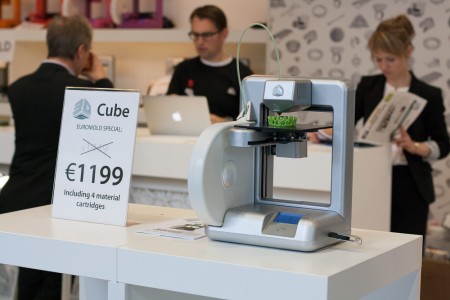 The printed models by the Cube are single colored and look quite nice. The printer makes a robust impression and is compact. It is priced around 1400€ although they had a special price at the fair of 1200€. The printing material is 50€ a roll (which amounts to roughly 15 – 20 tennis ball sized models according to the sales guy).

Sintermask Fabbster
Although it looks different, the Fabbster by Sintermask is similar to the Cube: Single colored models, similar dimensions and so on. The design of the Fabbster is not as compact as of the Cube or as that of the MakerBot (which follow next). At the Fabbster booth they told me that it would cost about 1800€. However, I have seen it at another booth for 999€. As Sintermask is a German company, regarding the service it could be a good idea to prefer the Fabbster to a non-German model. The printing material is at about 50€ a roll. 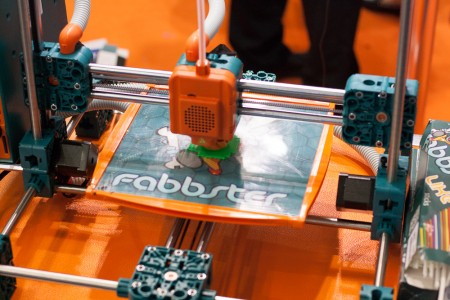 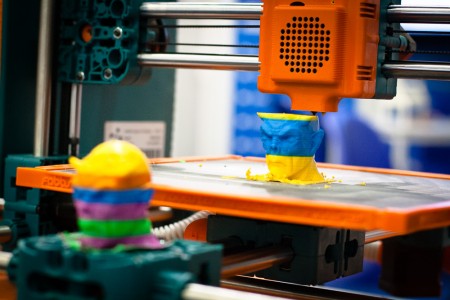 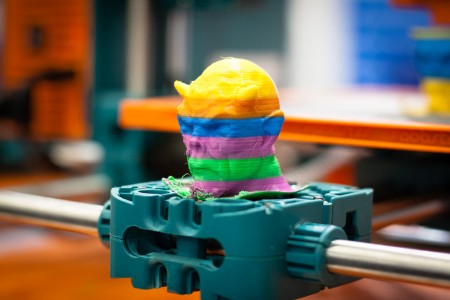 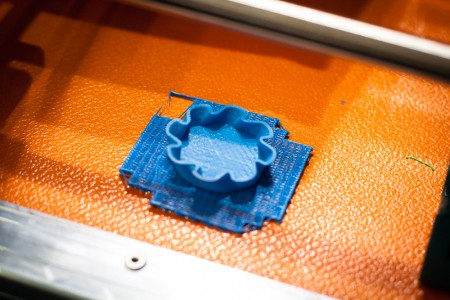 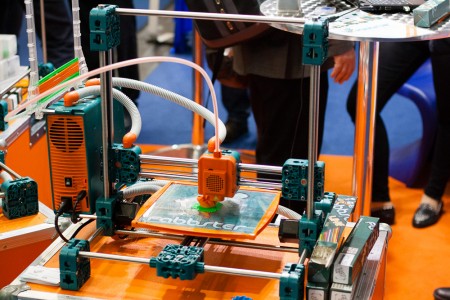 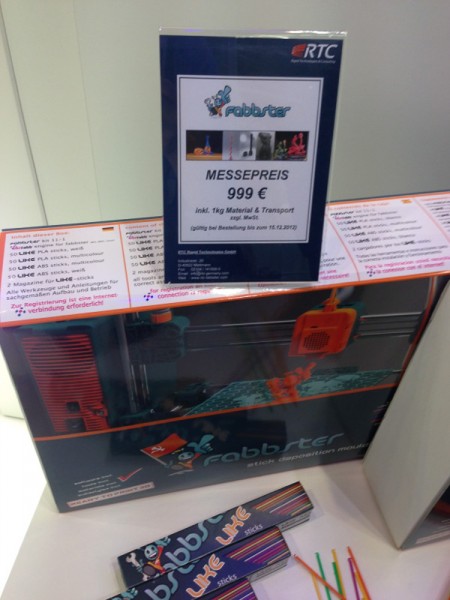 MakerBot
The MakerBot is maybe the most popular 3D printer from the lower price segment. At the EuroMold I had the first opportunity to inspect the pre-assambled version of it. And boy, the quality of its body made a very good impression (actually the best of all the low-priced printers I have seen) and looked really professional. Again, the models coming out of the MakerBot looked similar to the models of the other printers. It is priced at about 1.800€. The printing material is at about 50€ a roll. 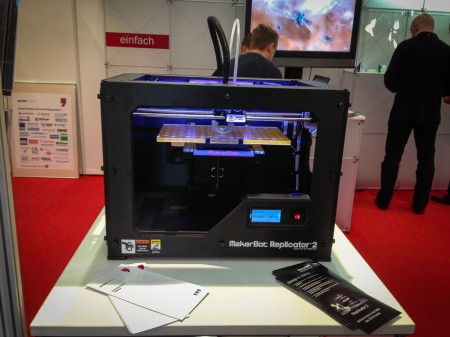 The MakerBot was exhibited by a German company called Hafner’s Büro, which does the sales and service for Germany. They made a good impression. Therefore regarding the service, the MakerBot could also be a good pick if you live in Germany.

I observed the 3D printer by cb-printer.com only quickly. Regarding the first impression, it looked less professional than the other printers. It looked more like a maker project. However, impressions may deceive. I did not ask for the pricing, but their website tells me that it is priced at 1.750€.

Conclusion
The Fabbster for 1000€ seems to be a good pick. However, regarding the looks I would prefer the Cube to the Fabbster. The Protos X400 has the advantage that it can print larger models than the other printers. The MakerBot makes the best impressions regarding the casing (and the support of its German sales partner). I do not see any advantages regarding the cb-printer, but it is interesting how it will develop in future.